“In the simplest terms, CUI is any type of corrosion that occurs due to a moisture buildup on the external surface of insulated equipment. The buildup can be caused by one of multiple factors that are detailed below. The corrosion itself is most commonly galvanic, chloride, acidic, or alkaline corrosion. If undetected, the results of CUI can lead to the shutdown of a process unit or an entire facility, and in rare cases it may lead to a process safety incident.”

Well Known, Yet Most Prevalent

So, CUI is one of the most difficult processes to prevent. The reason for that is, by and large, no matter the precautions taken, water invariably seeps into the insulation and begins its dirty work—sometimes unseen until process leakage occurs. Historical data shows that about 60% of pipe leaks are caused by CUI.

It is generally accepted that carbon and low-alloy steels operating between –4ºC (25ºF) and 149ºC (300ºF) are most at risk from CUI, but aggressive CUI has also been observed in the 149ºC+ (300ºF+) range. From that perspective, preventing CUI is really a matter of making sure there’s no water in insulation systems below approximately 177ºC (350ºF), because the intermittent boiling and flashing that occurs above a metal temperature of 100ºC (212ºF) produces a aggressive CUI environment.

It’s difficult to predict CUI rates—they can be somewhat general in nature or highly localized. However, some of the environmental conditions leading to higher CUI rates are:

CUI is a blanket term that refers to several different types of corrosion processes. the main CUI processes are:

Generally, results from wet insulation with an electrolyte or salt, which allows a current to flow between different metals (e.g., the insulated metal surface and the outer jacket). The extent and severity of the attack on the less noble metal depends on the difference in potential between the two metals and their relative areas.

Results from moisture and an alkali or acid in certain fibrous or granular insulations. Where service temperatures exceed 121ºC (250ºF), most of the water evaporates, condenses at the edge of the insulation, and then dissolves the alkaline or acidic chemicals there, which results in corroding the jacket.

Occurs on 300-series austenitic stainless-steel surfaces when the insulation contains leachable chlorides and moisture at temperatures above 60ºC (140ºF). A concentration of chloride ions usually results from the evaporation of rain, water used in fighting fires, or process water.

Prevention and Mitigation of CUI

To prevent unnecessary shutdowns and accidents, the condition of equipment and piping must be monitored to detect when it should be retired from service. This is achieved in a number of ways, as it is typically more cost effective to prevent CUI than to repair or replace damaged equipment. But, equipment at plants is notoriously difficult to reach and is usually insulated, making it difficult to identify potential problems. Inspection points are selected according to where experience suggests CUI is likely to cause significant problems, but that is often not enough.

The most effective method of preventing CUI is to (of course!) keep water and electrolytes from coming into contact with the unprotected metal surface. However, it’s nearly impossible to guarantee that the insulation or coating will not be breached. Effective protective coatings and weather barriers can help minimize the potential for CUI, but effective maintenance practices will also help prevent corrosion damage before it becomes a severe problem. However, remember that maintenance alone isn’t an effective solution without a well thought out

Several inspection methods can help determine the presence of CUI without removing the insulation. None are foolproof and most don’t offer a good understanding of the maximum depth of the CUI damage. 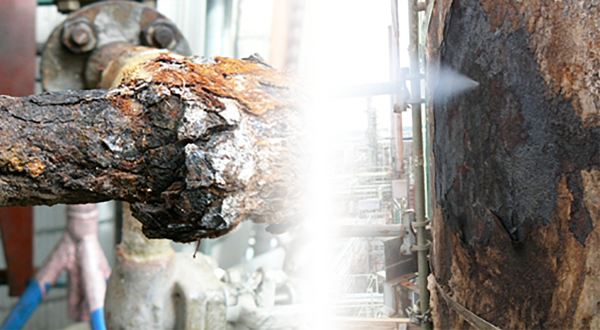 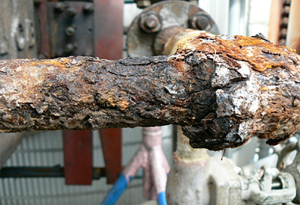 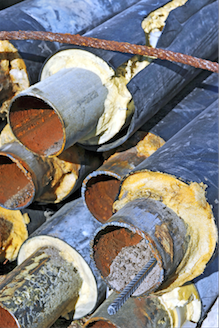